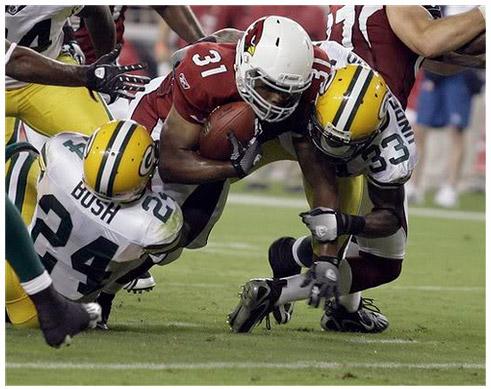 The Arizona Cardinals who play their fixtures in the University of Phoenix Stadium may face financial difficulties after a judge ruled that the state may have to pay back up to $200m from taxes imposed on rental cars.

In 2000 Maricopa County voted 52% in favour of a bill to pass a 3.25% tax on rental cars and a 1% hotel room tax. The tax percentage was targeted at tourists with an expected revenue of $1.2bn over 30 years. However, on Tuesday the Maricopa County Superior judge ruled that it violated the state constitution because the revenue generated was being used for the wrong purpose. The constitutional provision requires the state to spend money raised from vehicle taxes on related issues such as highway maintenance.

Rental Car Company’s attorney Shawn Aiken is demanding the state refund car rental companies as much as $200m in taxes already collected. Customers of the rental companies who actually incurred the tax costs are receiving no money in return. It seems ironic that a bill passed in order to charge tourists to fund the stadium is now charging residents to fund over 100 car rental companies.

The court are awaiting the expected appeal, but if the ruling is upheld the Arizona Sports and Tourism Authority face severe consequences. Not only were the $455m construction costs due to mostly be paid off by the taxes on rental cars and hotel rooms, but in addition to aid the funding of the Cactus League spring training facilities. A very large amount of cash would need to be generated from an alternative source very quickly before facing other legal challenges regarding payments of their bills.